Money does not create a successful business. The real successes rely on the idea of thinking broke or seeking creative solutions rather than relying on money to solve problems. Every company should think broke, as it leads to innovative ideas and breakthrough solutions.

Daymond John is an American businessman, investor, television personality, author, and motivational speaker. He is the founder and CEO of FUBU and appears as an investor on Shark Tank. He is the founder of The Shark Group. He has a network of over $250 million.

He started FUBU out of his mother’s house in Hollis, Queen. During the beginning, he worked for Red Lobster while trying to get FUBU off the ground.

John and his mother mortgaged their house for $100,000 to generate startup capital. He recruited his friends into the business. In 1993, he convinced LL Cool J, an old neighborhood friend to wear a FUBU T-shirt for a promotional campaign. The rapper wore a FUBU hat while filming a 30-second ad spot for Gap.

FUBU has earned over $6 billion in sales and has been featured in Smithsonian's National Museum of African-American History and Culture.

Daymond John is a member of the Shark Tank judge panel. He has invested over $8 million of his own money into Shark Tank companies.

John is also a public speaker. He works with brands and celebrities to create additional revenue streams and brand extensions. Some of his clients include Pitbull and Miss Universe organization. He is a brand ambassador for Shopify.

In 2015, he co-founded Daymond John’s Success Formula to teach young entrepreneurs how to start and grow their businesses. The company is now called Next Level Success and offers a $1500 scholarship to two students every year. 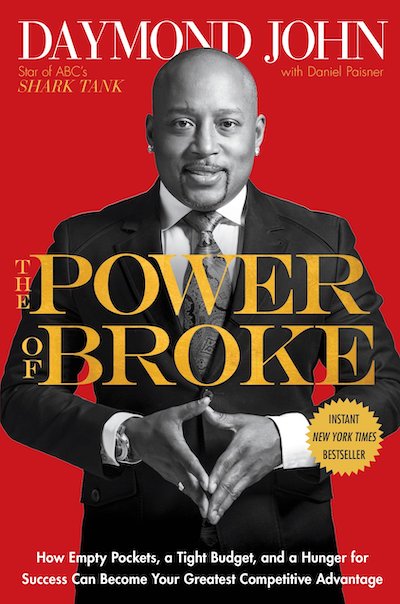