Successful leaders do not seek to control their employees but empower them to make decisions that are in the best interest of the company. They provide context, which enables decision making to be dispersed across the company. However, dispersed decision making can only be successful if the company hires and retains only the most exceptional employees, and gives them the information they need to take responsibility for their decisions. To retain top employees, customers should compensate them according to their value, and implement a culture of trust, transparency, and actionable feedback loops.

Reed Hastings is the co-founder, chairman, and co-chief executive officer of Netflix. He previously served on the board of Facebook and Microsoft. He is a former member of the California State Board of Education.

Hastings holds a B.A. in Mathematics from Bowdoin College and a Master's Degree in Computer Science from Stanford University. He lives in Santa Cruz, California, with his wife, Patricia Ann Quillin, and two children.

Erin Meyer is an author, speaker, and professor at the international business school INSEAD. Her writing has appeared in Harvard Business Review, The New York Times, and Forbes.com.

Meyer was listed as one of the fifty most impactful business writers in the world by Thinkers50 in 2019. She was named as one of the top 30 most influential HR thinkers of the year by HR magazines in 2018. She lives in Paris. 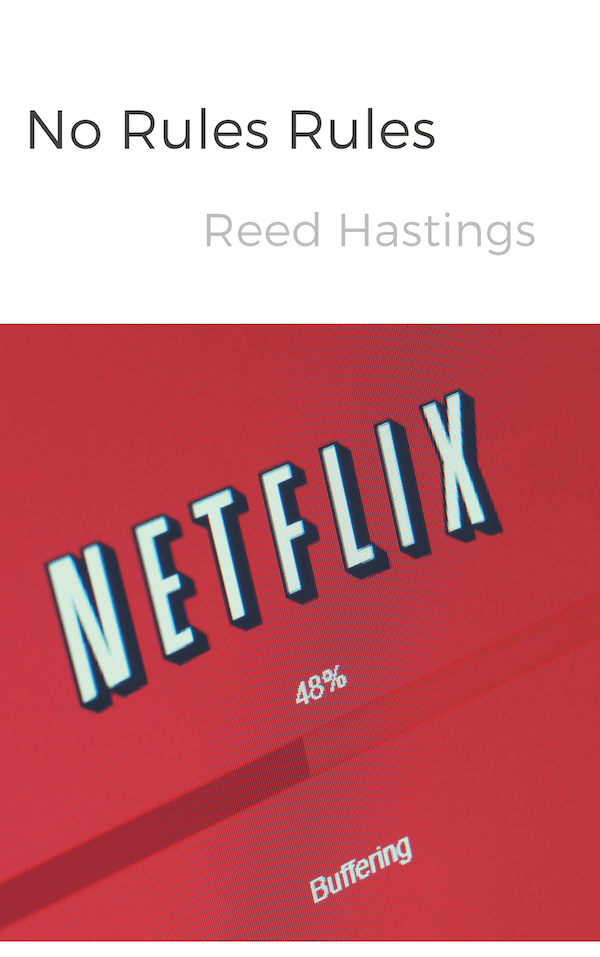