Long Term Capital Management, a seriously successful hedge fund that amassed billions of dollars at its most successful had everything: huge investments from banks, elite wealthy investors, and people with PhDs in economics making their financial decisions. Most importantly, they had a sophisticated mathematical model that could predict market trends. According to their models, the most they could lose financially in a day would be $35. So how did that turn into losses of $533 million? Simple: there was one thing their model couldn’t predict. Read on to learn what the mathematical models missed, how cockiness can come back to bite you, and why sometimes it's better to take the more cautious approach to invest.

Roger Lowenstein is an American financial journalist and writer. He is a graduate of Cornell University and reported for The Wall Street Journal for over 10 years. He is the director of the Sequoia Fund. In 2016, he joined the Board of Trustees of Lesley University. He has published six books, half of them New York bestsellers. He has also written for The Wall Street Journal, The New York Times, Fortune, and other well-known publications. He writes regularly for The New York Times Magazine. 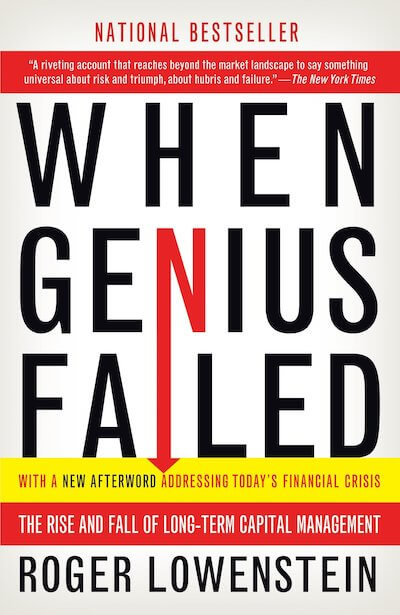