Consumerism today has led to more Americans owning items than ever before. We are surrounded by advertisements that tell us to buy more. The author found that by living a minimalist style — decluttering his life — he was able to be more generous and spend more time with family and on things that he cares about. This book teaches you how to live by owning less.

Joshua Becker is an American author, writer, and philanthropist. He writes about minimalism and intentional living. His books The More of Less and The Minimalist has been best sellers. He has been featured on Huffington Post Live, CBS Evening News, and The Wall Street Journal. He is a renowned speaker on the topic of minimalism. His blog — Becoming Minimalist — is a popular blog. He writes for Forbes. He attended the University of Nebraska Omaha. He then graduated from Bethel College and Seminary, where he completed a master’s degree in theology.

He started as a pastor in Vermont. After sorting through his garage and realizing he was wasting time caring for his possessions instead of spending time with his family, he converted to minimalism and started his blog — Becoming Minimalist, with over a million readers visiting every month. He has downsized 75% of his possessions and adopted a more minimalist lifestyle. He now lives in Arizona with his wife. 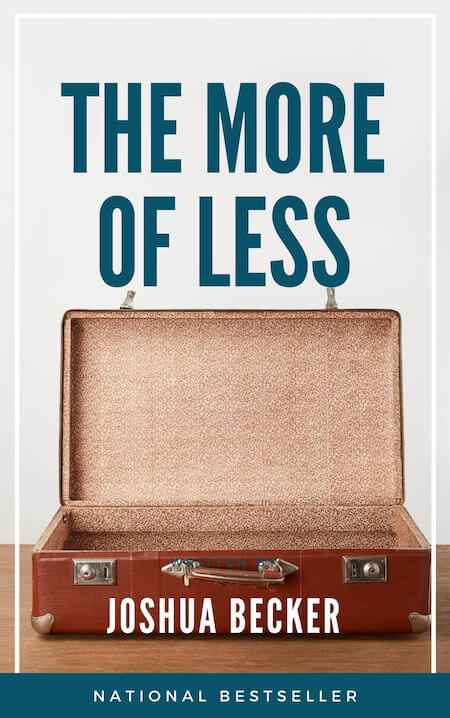