While we all seek out shortcuts to fast-track our paths to success, the classic philosophers of ancient times ardently caution us against taking the easy route. Instead, these prominent figures and heroes of their time believed that by living with intention, focusing on the task at hand, and remaining dedicated to a life of virtue, we can push back on our natural tendencies...and optimize our work to its full potential.

Ryan Holiday was born in 1987 in Sacramento, California. After attending the University of California, Riverside, where he studied political science and creative writing, Holiday began his career as a writer for Tucker Max, a controversial writer and pop-culture icon.

Later, Holiday served as the Director of Marketing for American Apparel. He also worked for the New York Observer as a columnist and editor-at-large.

In addition to The Daily Stoic, Holiday has authored several books on the topics of stoicism, media manipulation, and even the lawsuit between the wrestler Hulk Hogan and Gawker Media.

Stephen Hanselman has worked as a bookseller, publisher, and literary agent for more than three decades. A graduate of Harvard Divinity School, Hanselman received a master’s degree in theological studies before founding Divinitas Books, a New England direct mail bookstore for religious texts.

While Hanselman’s career in the publishing industry has included several pivotal roles, his longest affiliation was a 13-year tenure at HarperCollins, where he held several positions, including marketing manager, sales manager, sales director, director of product and market development, editorial director, and publisher of HarperSanFrancisco.

Currently, Hanselman works at LevelFiveMedia, which he founded in 2005. 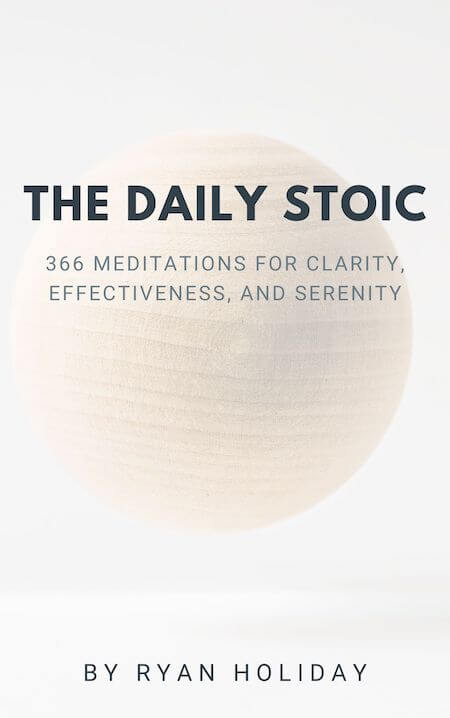