Stamped From the Beginning

Racism has persisted throughout the history of America. It is wielded for power and political appeal. Implicit racial biases, as well as overt racism, have long been used to sway voters.

Although there are many who believe America’s racist tendencies are in its past, its ideologies continue to live on in today’s society. The election of a Black president does not absolve America of all racial injustices.

The use of racial rhetoric by politicians and lawmakers has had a direct impact on Black communities. The War on Drugs and mass incarcerations continue to have lasting impacts. The justice system disproportionately harms Blacks.

Willful ignorance of the disparities is part of the problem. Critical readings of policies and statistics are essential. Until institutional racism in America is properly addressed, racial inequalities will continue.

Ibram X. Kendi is an American historian and author. He is the founding director of the Boston University Center for Antiracist Research and the Andrew W. Mellon Professor in Humanities. Kendi is the youngest ever recipient of the National Book Award for Nonfiction.

After working as a journalist at the Virginian Pilot, Kendi resumed his education and earned his doctoral degree in African American Studies from Temple University. Kendi has been a visiting professor at Brown University and has received a number of visiting appointments from other institutions including the University of Chicago, Duke University, and the Lyndon B. Johnson Library & Museum.

In 2019 Kendi was listed as the most influential college professor and awarded the Guggenheim Fellowship. He lives in Boston, Massachusetts with his wife. 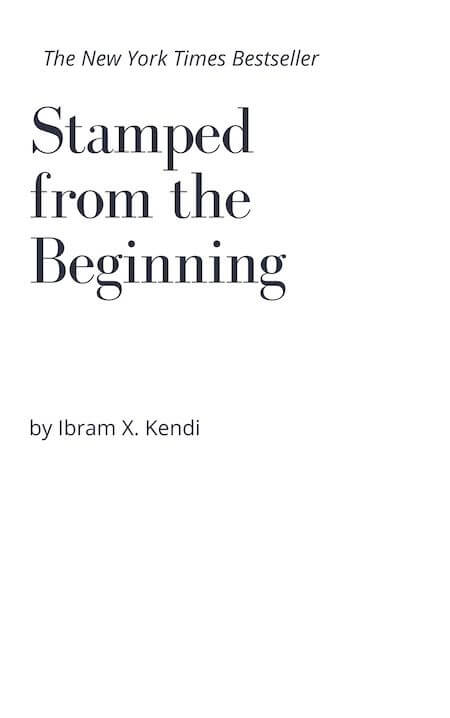 Stamped From the Beginning