When white individuals engage in race-related conversations with people of color, they are not simply doing a favor for their discussion partners; they are fulfilling a moral obligation to fight against the persistence of systematic oppression. While there are many avenues that a person can take in combating injustice, Oluo recommends focusing on the ways in which white people can re-contextualize their own experiences and develop a deeper understanding of what it truly means to be Black in America. And she does not gloss over the uncomfortable parts of the process.

Ijeoma Oluo, author of So You Want to Talk About Race, was born in 1980 in Denton, Texas. After graduating from Western Washington University with a B.A. in political science, Oluo began her career with a stint in digital marketing.

However, after being profoundly impacted by the death of Trayvon Martin in 2012--who was the same age as her son--Oluo pivoted her career and started a blog intended to activate her Seattle community, which was largely white.

From there, Oluo went on to be published in Jezebel, Medium, The Establishment, and The Guardian as well as several other magazines and newspapers. She focused her pieces on intersectionality, feminism, misogyny, and social justice.

In 2015, she released her first book, The Badass Feminist Coloring Book.

So You want to Talk About Race, published in 2018, is her second. 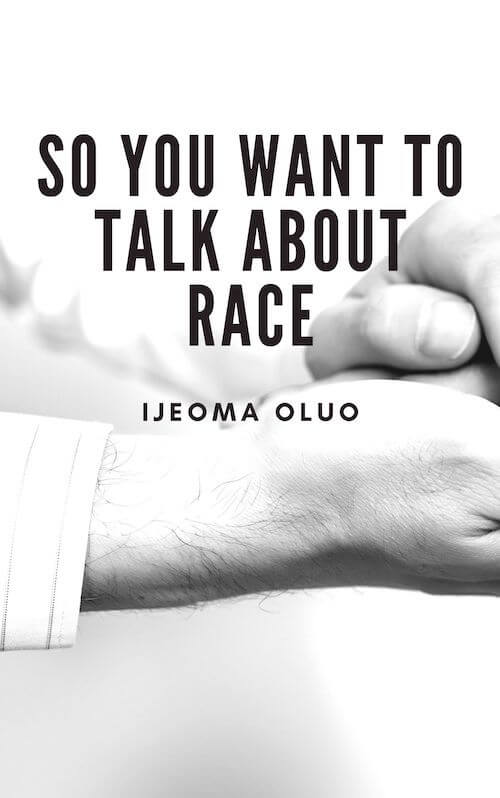 All the Single Ladies
Rebecca Traister
Stamped From the Beginning
Ibram X. Kendi
White Fragility
Robin DiAngelo
Too Much and Never Enough
Mary L. Trump Ph.D
How to Be an Antiracist
Ibram X. Kendi