Ray Dalio is the founder of Bridgewater Associates, an investment firm he created in 1975 out of his two-bedroom apartment in New York City. After forty years, Bridgewater has made more money for its clients than any other hedge fund in history. Time magazine included Ray Dalio on their list of the 100 most influential people in the world. Ray credits Bridgewater’s success to the principles he learned from reflecting on life, rather anything special about him.

Well defined principles will help you through uncertain times. It’s important that your principles are so clearly laid out that their logic can easily be assessed by others, and you and others can see if you walk the talk.

Ray Dalio is an American billionaire investor, hedge fund manager, and philanthropist. He is the founder, co-chairman, and co-chief investment officer of investment firm Bridgewater Associates, one of the largest hedge funds. He ranks as the 58th richest person in the world. He graduated with a degree in Finance from Long Island University and an MBA from Harvard Business School in 1973. In 2012, he appeared on the annual Time 100 list of 100 most influential people in the world. His book, Principles: Life & Work, was a New York Times Best Seller. In the book, he discusses his takeaways about life and work. 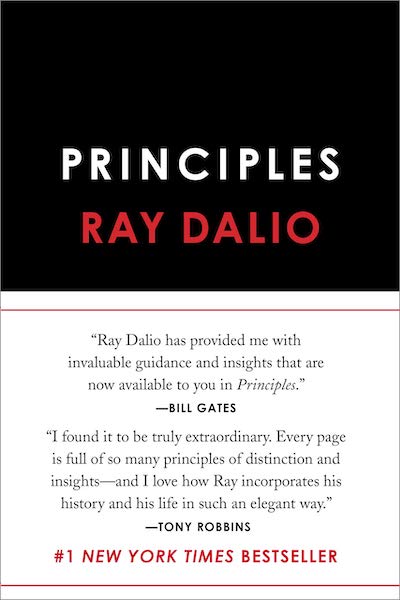