Spiritual guide Eckhart Tolle teaches readers to gain power in the present, in his 1997 best-selling, self-help book The Power of Now.

Born Ulrich Leonard Tolle on February 16th 1948 in Lünen, Germany, Eckhart Tolle is best known as the author of The Power of Now and A New Earth: Awakening to Your Life's Purpose. During Tolle’s formative years, his parents divorced. He witnessed frequent fights and experienced depression and social isolation from peers. He also lived in post-War Germany where the sight of destruction traumatized him. At the age of 19, Tolle enrolled in the University of London for literature, philosophy, and psychology. He is now a world-renowned spiritual leader whose work is influenced by a number of religions such as Buddhism, Hinduism, and Christianity. Tolle moved to Vancouver, British Columbia in 1995 where he met and married his wife Kim Eng while working as a spiritual guide. In 1997, Tolle published his first book, ‘The Power of Now.’ Initially, it only sold 3000 copies. In 2000, Oprah Winfrey recommended the book, and it found its place on the ‘New York Times Best Sellers’ list. Since then, the book has been translated into 33 languages, and it has appeared on the list of the 10 best-selling ‘Paperback Advice Books’ for the 102nd time. Currently, Tolle operates the company, ‘Eckhart Teachings,’ to sell products based on his teachings. He also owns a website, ‘Eckhart Tolle TV,’ where he shares group meditations and other spiritual videos. 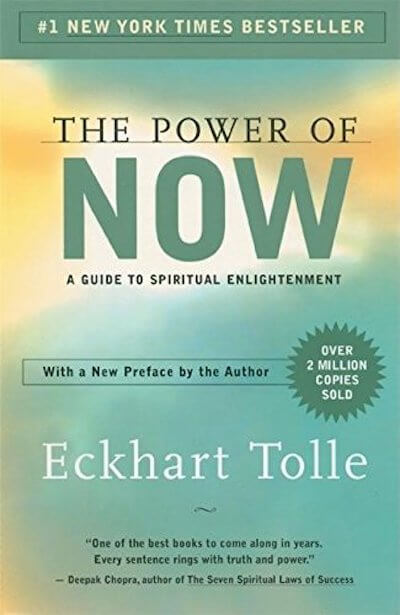