Me and White Supremacy

White supremacy is the foundation of western society. You play your part in supporting its existence even if you don’t realize it. Even if you don’t feel you’re racist, you may be benefiting from white privilege.

There are other things that you may not realize are part of the problem. Stereotyping based on race, even if it may seem benign, can enforce biased views. Cultural appropriation can also support supremacy and domination.

If you want to be an ally to BIPOC, you have to dig deeper than the surface-level acceptance. Pointing to the presence of a non-white colleague or friend isn’t enough. You also can’t just claim you don’t see race. Color blindness doesn’t make you not racist. It means you’re ignoring racial differences, including the injustices you want to fight.

To be an effective ally, you need to stop putting yourself first and learn more about BIPOC. You don’t have to always get it right. Just keep learning and finding ways to help. You can do more if you consistently support and amplify BIPOC voices, helping to make meaningful changes in society.

Layla Saad started a social media trend of #MeAndWhiteSupremacy. The purpose was to challenge people to think about how they fit into white supremacy for 28 days.

She created a popular “Me and White Supremacy Workbook” which was available as a digital download. In six months, it was downloaded more than 100,000 times. A number of celebrity endorsements helped its popularity.

The British author is also the host of the Good Ancestor Podcast.

Saad was born in Wales and obtained her law degree from Lancaster University in England. She lives in Dubai with her husband and two children. This is her first book. 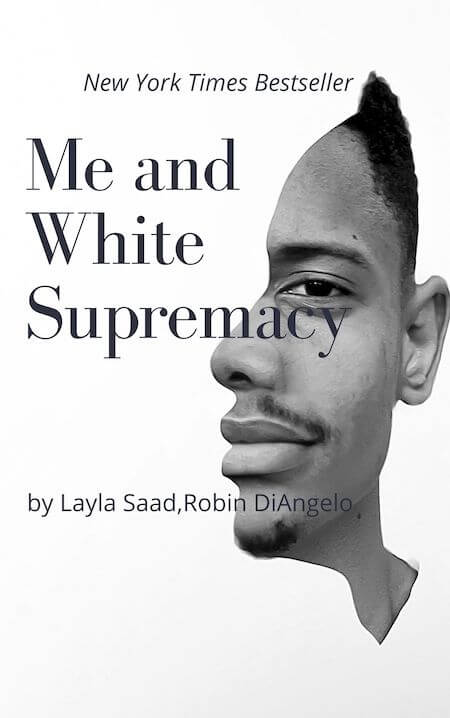 Me and White Supremacy