In Educated, Tara Westover tells her story living as a young girl in a deeply religious community, continuing to the culture shocks of college, and eventually earning her Ph.D. from Cambridge University.

Born in Clifton, Idaho, she was the youngest of seven children. Her parents are mistrust doctors, hospitals, public schools, and the federal government. She was delivered by a midwife and never received a birth certificate until she was 9 years old. When it comes to injuries, her mother treated her with herbal and alternative remedies.

She received a makeshift education. Her older brother taught her to read and she studied the scriptures The Church of Jesus Christ of Latter-day Saints. She never attended school, wrote an essay, or took exams.

She eventually took the ACT and started her studies at Brigham Young University even though she never attended high school. Though life and studies were difficult for her at first, she eventually adjusted and graduated with a master’s degree from the University of Cambridge at Trinity College as a Gates Cambridge Scholar. She was a visiting fellow at Harvard University in 2010. She earned a Ph.D. at Trinity College, Cambridge in intellectual history in 2014. Her thesis is about "The Family, Morality and Social Science in Anglo-American Cooperative Thought, 1813–1890.”

In 2009, she recounted her abuse at the hand of her brother to her parents, but they ignored her. She wrote Educated, which describes her struggle to liberate herself through education and separate herself from the family’s rigid lifestyle and beliefs.

Educated was added as part of President Obama’s summer reading list. He described it as “remarkable.” Bill Gates included it on a list of his favorite books of the year, “It’s even better than you’ve heard.”

As of February 2020, Educated has spent two years on the hardcover New York Times bestseller list. 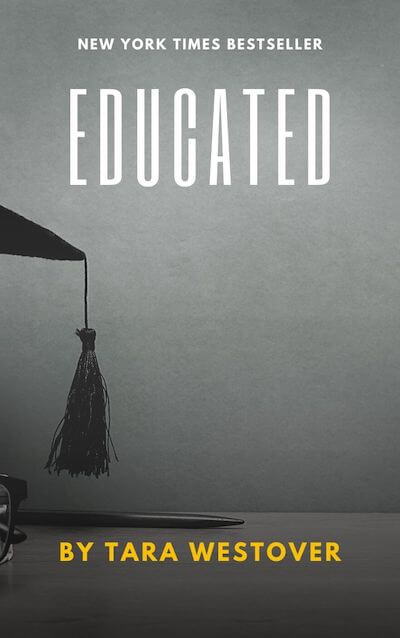