Ultimately, the way we look at business and the financial market is based on significant moments in history. And even the smallest decision can have a ripple effect, leading to major changes that impact finances and corporations.
Without history, people would make the same mistakes from the past. And with these lessons, we learn the best way to make a change and push business forward as well.

John Brooks was an award winning writer. He worked as a financial journalist for The New Yorker. His books, which were mostly critically acclaimed, focused on Wall Street and the corporate world. He graduated from Princeton University in 1942, and joined the United States Army Air Forces, where he served as a communications and radar officer from 1942 until 1945.

He worked as a contributing editor for Time magazine. While working for The New Yorker, he contributed book reviews to Harper’s Magazine and The New York Times Book Review. He published fiction and non fiction books. His best known books focus on the scandal surrounding Wall Street banker Richard Whitney, on the speculative bubble of Wall Street in the 1960s, and on the merger mania of the 1980s.

The Business Adventures is one of Bill Gates’ favorite books. 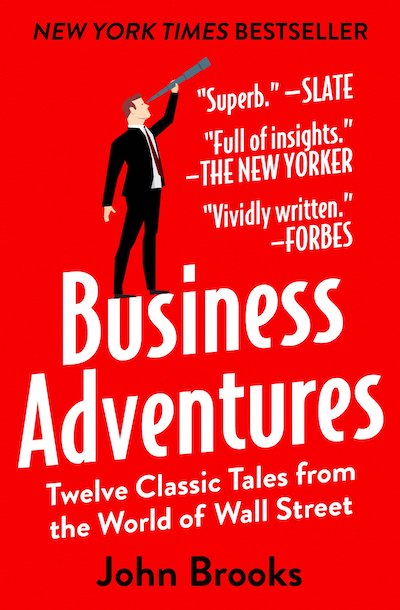