Questions should be encouraged because they lead to problem-solving solutions which result in creative innovations. You should follow the stage formula of why, what-if, and how to lead you to incredible new ideas.

Warren Berger is an American journalist and host of the website AMostBeautifulQuestion.com. He has written about questioning. He graduated from Syracuse University 's S. I. Newhouse School of Public Communications in 1980.

He worked as a newspaper journalist in Dallas and then moved to New York to work as a magazine editor for CBS. In 1990, he found his independent writing business. He has contributed articles to the New York Times, GQ, The Los Angeles Magazine, etc. He also served as a contributing editor at Wired magazine from 1999 to 2001.

He pursued his interest in advertising by writing articles for Ad Age’s Creativity and other publications. He worked with The One Club for Art & Copy to help them launch the bimonthly publication ONE, about creativity in advertising and then in 2007, launching the quarterly ONE: Design. 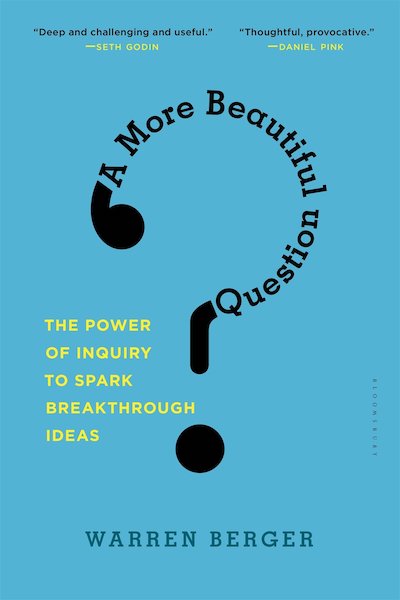